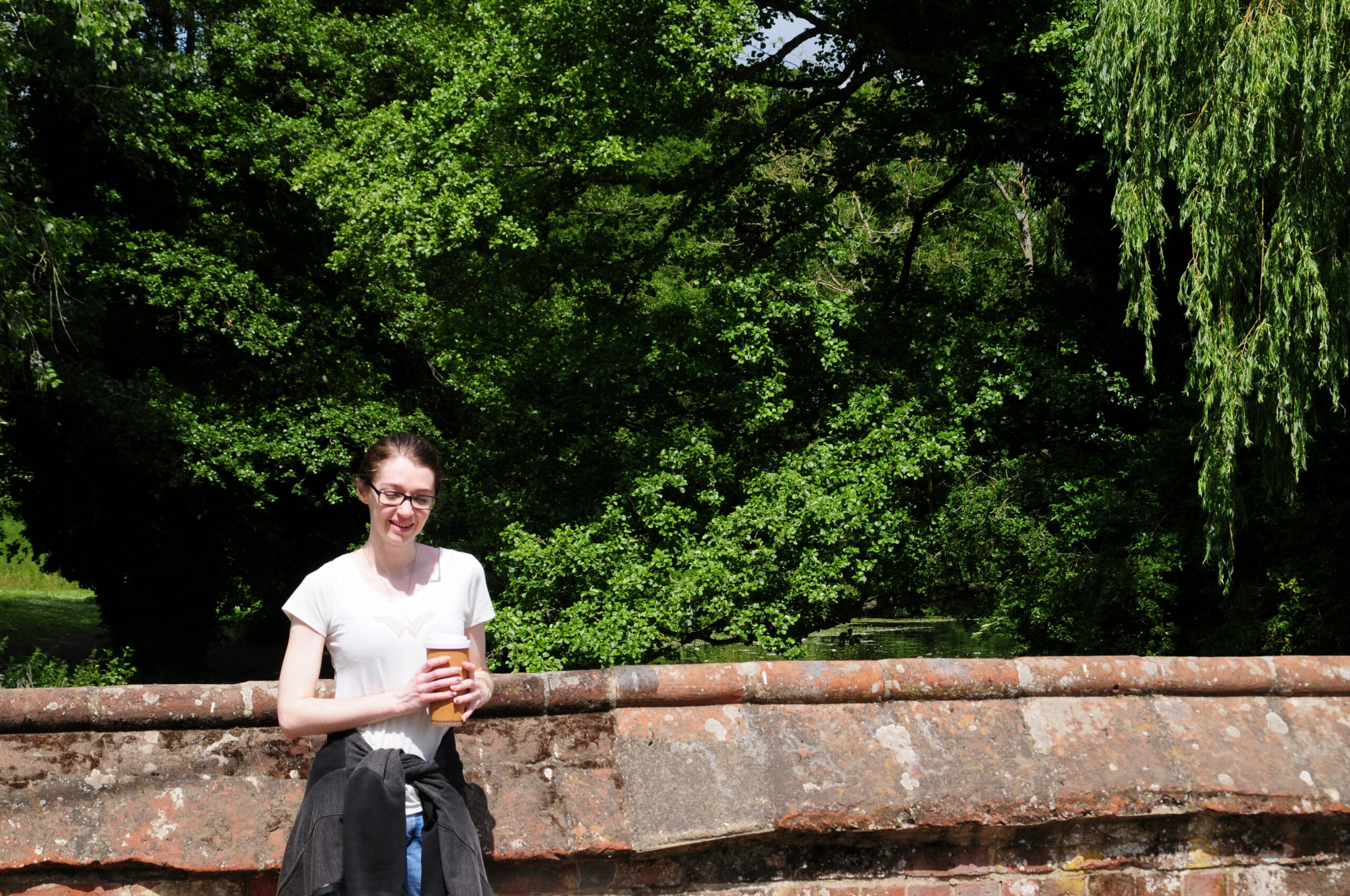 George Elmer has had her head in the underworld creating fiction since she was old enough to know how to write. She spent her childhood reading books far above her age group’s reading level and imagining dark stories about fairies at the bottom of the garden she never finished. Many projects, including a collaboration with two friends in high school and multiple NaNoWriMo attempts, fizzled out before they left the ground.

She didn’t give up attempting to finish a novel, no matter how many stories she abandoned in the process.

It was in her last year at university (BSc with honours in Psychology and Criminology) that George finally completed a novel, Crimson Prince, in the 2017 NaNoWriMo. She based this novel of witches in NYC on the many stories floating around her head which had never seen the light of day.

She never got along with the “proper” job everyone thought she should get after she’d finished her formal education. Since her graduation from university in 2018, she has had a few short-lived jobs. These include a youth representative, an elderly care assistant, and a volunteer youth leader at her local church. None of them lasted longer than a year, and not all of them were George’s fault.

When COVID-19 hit days before she got her dream job at her local library in March 2020, George stopped pretending to be like everyone else and turn her love of storytelling into an actual career. She finished the first drafts of two novels that year alone, These Kind of Knaves, Valerian Bone, and outlined a third, Ariadne Konostotis.

Writing stories about people who don’t always have happy endings, or who make mistakes that get worse, is what she lives for.

George always has many projects on the go at once, but she never writes in public. She fears what people sneaking glances over her shoulder might think of her work. Her family is a constant source of distraction. Her family also sees that she has now finished what she starts.

The first book she published under her own name was Precious Vile Things in 2021. Crimson Prince has since been re-edited and re-published. She also offers private coaching for those interested in writing their own stories.

If her fingers aren’t dancing over her keyboard researching various folklores or obscure trivia about astronomy or mythology, they’re probably holding whichever book holds her current interest (or rereading a favourite), learning Italian, or completing yet another unofficial diploma in some subject or another. Her current diplomas are in Egyptology and Arthurian Legends.

If you too never received your happily ever after that life promised you, or you want a story where the characters aren’t quite human, pick up one of George’s books today. They also make great gifts for any morally ambiguous fans of morbid humour you know.

What kind of music do you like? Do you listen to music when you’re writing?
I listen to video game soundtracks while drafting and anything not UK Top 40 while outlining, editing, and formatting. Assassin’s Creed (Black Flag, Unity, Syndicate, Rogue, Odyssey, Origins, Valhalla), Pathologic 2, Dead Mans Poison, Breaking Benjamin, Fall Out Boy, Florence + The Machine, and Hollywood Undead are repeat classics

Do you outline and edit your work?
I outline down to the scene but hate editing. I have never once edited my story structure, only the words and fine details.

Are your characters based on people that you know? Are the places in the books real?
The characters may share certain traits with people, but they’re not the real person. The characters were created to fill a certain role. These traits were blown out of proportion for dramatization, much like soap operas. Some places are obviously made up, though a few pubs are real places I’ve come across.

What are some pet peeves?
I hate soap operas, reality shows, and romantic comedies. It probably shows in my writing.

Do you have any major fears?
I have a fear of needles getting anywhere near me, but I didn’t once flinch while watching that bathroom scene in Saw I.

Do you have any dreams not related to writing?
One dream which will probably never happen is to build a classic car and convert it to an electric

George Elmer is an author of dark gothic fantasy, writing for morally ambiguous people searching for worlds with a little magic and bloodshed. She’s been making up stories since she knew what a story was. Children’s fairy-tale happy endings didn’t quench her insatiable desire for horror, so she set out to write stories without happily ever afters. She combines her various morbid interests to create intricate and plausible worlds. When she’s not planning to slaughter another character, you can find her researching history, mythology, or random science trivia. George’s ambition is to buy a château with the profits of her books and run writer’s retreats out of the grounds to help other writers to write their next best novels.