The Problem of Accuracy in Arthurian Legends

In writing my trilogy, I’ve learnt a few things about just how terrible King Arthur was for telling us about the Middle Ages. 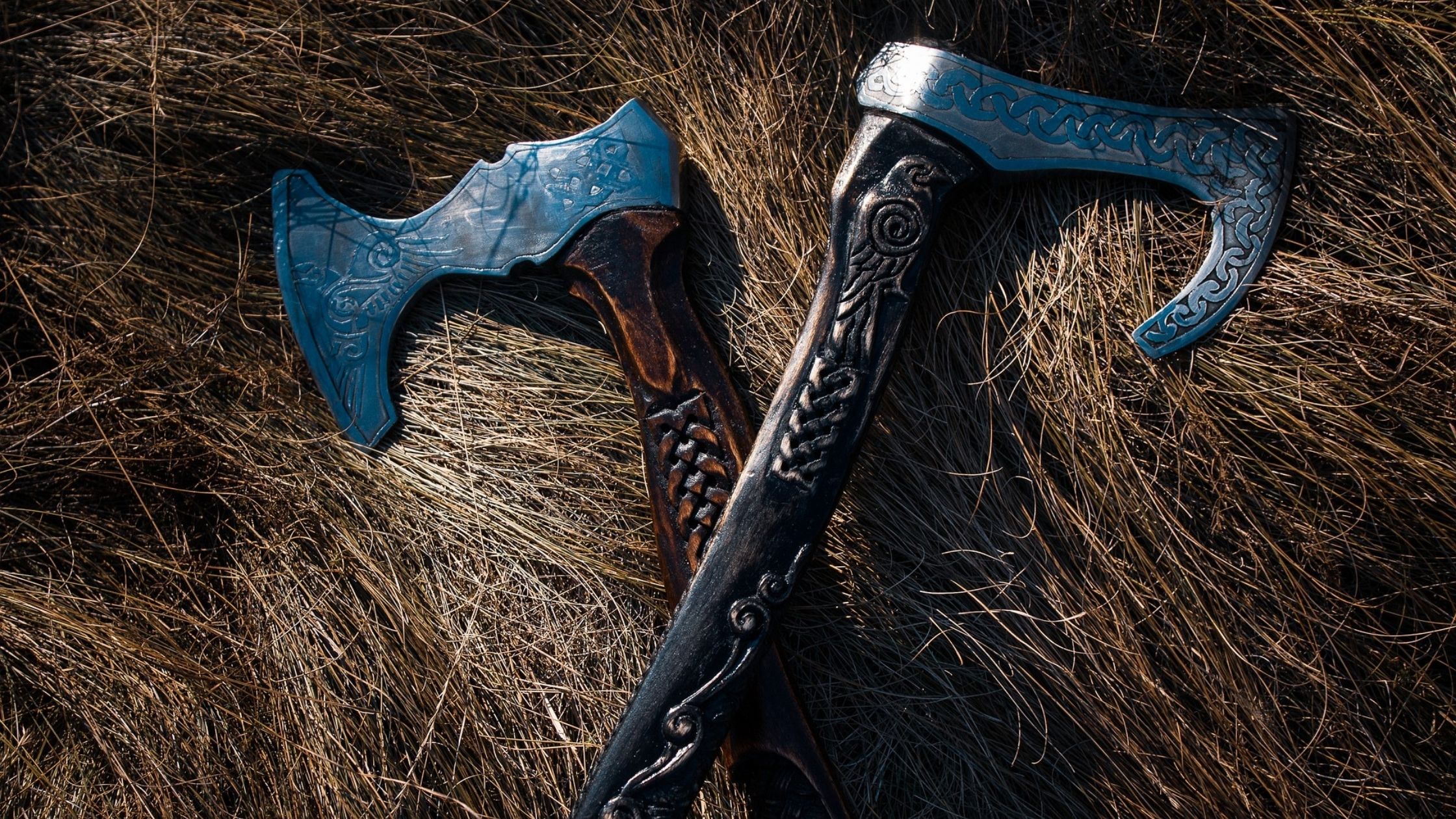 I feel the first thing I should mention is that the Middle Ages as a whole span a thousand years. It makes it confusing when someone mentions one thing and assumes it was true for the entire duration of the era. This is particularly true when it comes to Arthurian myths and legends.

There are three “official” subdivisions within the period we class as “the Middle Ages”, the Early Middle Ages, the High Middle Ages, and the Late Middle Ages. I’ll focus on applying this to Britain, for thematic purposes.

Within the legends themselves, I’ve come up with a list of five “problems” with the literature while writing my Lancelot trilogy.

Famous Arthurian authors, include Thomas Malory (Le Morte D’Arthur, published in 1485) and Chrétien de Troyes (created Lancelot and Percival’s Grail quest in the 12th century). Anonymous works such as the Vulgate- and Post-Vulgate Cycle (written in the 13th century) and Sir Gawain and the Green Knight (written around 14th-century) are also what most people associate with these legends.

One thing they all have in common is the emphasis they place on the idea of chivalry.

Chivalry as a concept emerged between 1170 and 1220. It was an informal and varying code of conduct associated with the medieval Christian institution of knighthood.

The problem when applying this to the legend of King Arthur?

If King Arthur united the Britons after the Romans left in the late 5th century, then why is Arthur’s court attributed to have created chivalry?

To some extent, there may have been something of the like before the “official” code of honour was “stabilised”. But a lot of the code is Christian in nature. Christianity was only just emerging as a dominant religion from well-established polytheistic roots in Sub-Roman Britain.

To me, there isn’t any historical basis for the Arthurian court to have created a chivalric code. At least, before Christianity became so widespread.

2. There isn’t any set “canon” for the Arthurian legends.

Canon is, according to Wikipedia, the material accepted as officially part of the story in an individual universe of that story by its fan base. Nowadays, you’d get penalised for not sticking to the same story or remembering one particular fact about a plotline.

In the days before rabid fans and the Internet, Arthurian legends could tell the same story three different ways and get away with it.

Back before the Post-Vulgate Cycle introduced Galahad the Perfect Knight, it was Percival who got his hands on the Holy Grail in the name of Camelot. And then Galahad rode in and Percival took a back seat.

And that’s after you realise the legends of Arthur as we know him had origins in Wales.

In my trilogy, in which I tried to remain as historically accurate as possible and failed, I used the original Welsh names. For example, Gwenhwyfar (Guinevere), Gwalchmei (Gawain), and Myrddin Wyllt (Merlin). In the Welsh stories, Myrddin was a wandering, prophetic hermit. Gwenhwyfar had an evil sister. And Gwalchmei was a folk hero written into the myths to explain why he was so awesome.

And then the Arthurian writers came along in the 12th to 15th centuries.

Arthur’s family tree got a bit of a spruce-up; only his immediate family made the move to England. To replace these lost relatives, new ones sprung up. Morgause (the mother of Gawain and Mordred) was one such creation, Morgan(na) was another. Mordred himself, originally only referenced as dying at the Battle of Camlann in the Annales Cambriae, became a second “sister-son” to Arthur.

To make things even more complicated, Morgan and Morgause are sometimes squished into one being. The variety of spellings (standardised spelling only happened with the invention of the printing press in the 18th century) didn’t help matters.

3. For all it’s the “history” of Britain, Arthurian legends are not entirely “British”.

I say this with the nicest intent.

The origins of the Arthurian legends can be traced to Wales, but the convoluted mess it became is far more widespread.

Just take Percival, for example. He was first mentioned in the late 12th century by Chrétien de Troyes, in the unfinished story Perceval, the Story of the Grail. Okay, he’s the original hero in the quest for the Grail.

But then there’s the Welsh figure of Peredur son of Efrawg. From what I can tell, it’s almost the same as Chrétien’s romance. A few elements are in one but not the other. Such as the severed head of Peredur’s uncle on a serving tray in the procession.

And then there’s Parzival, a poem dated to the first quarter of the 13th century by the German knight-poet Wolfram von Eschenbach. The poem is an adaption of Chrétien’s romance, with additional material drawn from Arabic and Angevin sources. And we all know how accurate adaptations are.

So one knight has three variants of his name, and three versions of how he took the Holy Grail for King Arthur and Camelot. One French, one Welsh, and one German.

Other examples of prominent Arthurian characters originating beyond British borders include:

4. Who was Arthur, and where the frick is Camelot?

Geoffrey of Monmouth and his chronicle The History of the Kings of Britain has a lot to answer for. Particularly when it comes to this question.

The book dates to the mid-12th century and is in Latin. It claims to be a translation of the deeds of all the kings of Britain. In it, it “tells in an orderly fashion the history of Britain.”

It is also one of the earliest developed narratives of King Arthur. Oh, and Brutus of Troy, a descendant of Trojan hero Aeneas, created the first settlement.

Until the Victorian era, people thought this book was an actual historical account of the history of Britain.

As a student of archaeology, I can tell you it’s highly improbable a Trojan with a Roman name made his way to Britain to found it. Britain as we know it did not exist in its unity at that time. England was only unified in the late 900s, and at that time, Wales and Scotland comprised multiple kingdoms.

The historicity of King Arthur is such a hotly debated topic, it has its own Wikipedia page. To surmise, “academic historians consider King Arthur to be a mythological or folkloric figure.”

There are many theories about the origins of the idea of the king, but none that can stand up to academic scrutiny.

As Nicholas Higham put it:

“That Arthur has produced extraordinary quantities of ‘smoke’ is in large part because he is so well suited to be a fulcrum of make-believe. But there is no historical ‘fire’ underlying the stories that congregated around him, just ‘highland mist’.”

And Camelot is just as bad. (The Wiki article is here.)

Camelot first appears in the 12th century French romances, not the earlier literature. It’s in the Lancelot-Grail cycle that Camelot becomes the capital of Arthur’s realm and a symbol of the Arthurian world.

There is a variety of spellings for Camelot. And Chrétien de Troyes was unlikely to have encountered the Roman town of Camulodunum. He also tended to make things up, so he probably invented Camelot, too.

It doesn’t stop people associating Cadbury Castle with it, though.

5. If you try to piece together a timeline, King Arthur ruled for 50 years.

T. H. White, in The Once and Future King, portrayed King Arthur as a very old, almost frail man by the time of the battle at Camlann. This is the story where Wart pulled the sword from the stone in his late teens at best, which implies a reign of around or over 50 years.

Geoffrey of Monmouth, of course, had Arthur going straight from fighting the Anglo-Saxons to fighting Rome to fighting Mordred. Possibly a reign of five or six years. If that.

But one thing I noticed, which leads me down White’s road, was that there were a few generations of knights serve Arthur. For example, the second most famous Arthurian family:

Arthur was crowned at 15 when he drew the sword from the stone (as Thomas Malory states, and White used him as a source), and that Lancelot and Galahad are knighted at 17 years old (a bit young, but it did happen), and that the above bullet points cover a single year.

From this, at a minimum, Arthur is 53 years old at the Battle of Camlann, with a 38-year reign. If any of those numbers are bigger (such as a later knighting or the Grail Quest happening over many years), and the reign becomes longer.

If we look at it from the literature perspective, the 9th century Historia Brittonum of Nennius places Arthur at Badon Hill, and the 10th century Annales Cambriae put Arthur at Camlann.

Historically (as much as anything written centuries after it happens ever is), the Battle of Badon occurred sometime between 493-516, and the Battle of Camlann is placed more definitively in 537.

If we assume Badon is the beginning of Arthur’s rule, at minimum, the historical Arthur would have reigned for at least 21 years, but possibly as long as 44 years.

Okay, so Queen Victoria ruled for 64 years, but this was the time of backstabbing nobles and consuming so much meat you died of gout. Let’s not forget King Edmund Ironside of England, who died on 30 November 1016 while on the loo not even a year into his reign. It might even have been murder.

So where does that leave us with Arthurian legends?

From Monty Python and the Holy Grail:

Listen, strange women lyin’ in ponds distributin’ swords is no basis for a system of government. Supreme executive power derives from a mandate from the masses, not from some farcical aquatic ceremony! … If I went around sayin’ I was an emperor, just because some moistened bint had lobbed a scimitar at me, they’d put me away!

The most common opinion is that King Arthur, and all the associated Arthurian legends about him, are fictitious.

I’ve noticed similarities between parts of the myths and earlier pre-Christian beliefs, such as Gawain’s Green Knight and the nature gods of Britain (the Green Man is a popular motif in medieval churches, for example).

That’s not to say Arthur’s entirely made up. I feel I should point out that there is so much inconsistency in the stories and legends, you can’t prove it didn’t happen. At some point. To someone.