How Not To Mistake Old and Middle English: 5 Things To Look Out For

There’s a misconception of what Middle English actually is. Here’s five things for when you come across really old manuscripts in museums. 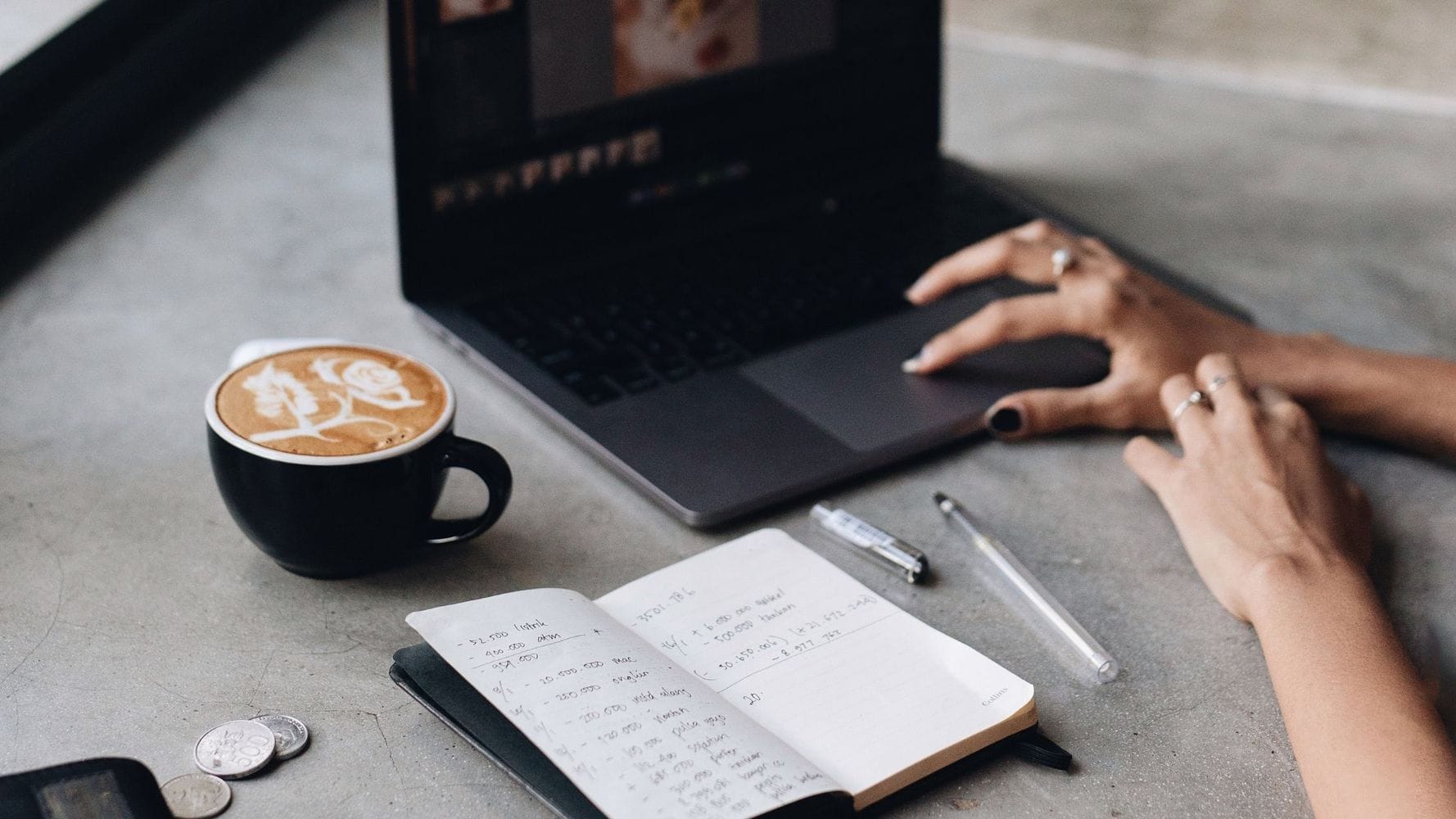 There’s a common misconception out there about what Middle English actually is. Whenever I ask someone what they think about Shakespeare (because I’m a nerd), they always go off on a rant about how Old English is totally incomprehensible and why couldn’t I have asked about something else?

And secondly, if you want Old English, read Beowulf. If you want Middle English, read Geoffrey Chaucer (it’s all bad dick jokes anyway) or, better yet, the Gawain Poet (it’s the homoeroticism, but he was insistent it was “just dudes being dudes”).

I previously mentioned, in my rant about the accuracy of the King Arthur myths, a timeline of the Middle Ages. For simplicity’s sake, here it is again, with notes about the language in place of King Arthur mentions:

Early Modern English first emerged with William Caxton’s printing press, but it wasn’t officially standardised. Modern English, in this regard, really got going in the 1450s, when the Bible and the common Prayer Book got printed and distributed.

Is that confusing? Yeah, that’s why I dropped English Language as a full A-Level. But anyway, I promised you five things to look out for when you come across really old manuscripts in museums.

Thing #1: Middle English had an order to its sentences, Old English didn’t.

I’m going to start by saying a “thing” in the Viking age was a formal gathering between two parties, overseen by an impartial judge and jury of their peers. Each had their turn to speak their case, and the jury decided on the answer to whatever question was proposed when the thing was called. Pretty cool, right?

But my Thing #1 on my list of Reasons Not To Confuse Really Old Forms Of English is word order.

In Old English, there were four dialects (Northumbrian, Kentish, Mercian, and West Saxon), and a grammar similar to modern German, though nouns, pronouns, adjectives, and verbs had various forms and endings and floated wherever in the sentence. Kind of like how non-English languages can change depending on the gender of the word. And most of them didn’t survive the French invasion.

In John Porter’s literal translation of Beowulf, you can see how the lines in the poem don’t quite make sense in the order they’re placed in:

When Duke William of Normandy came along and stayed, the French simplified the grammar and eventually created a standard form. They changed the pronunciation of words while introducing their own vocabulary into the melting pot of the English language. Most of the words remained Germanic, but anything specialised, like law, politics, religion and arts, developed a Norman French vocabulary. The result is clear in the first four lines of Sir Gawain and the Green Knight, with the translation by Simon Armitage:

Sithen the sege and the assaut was sesed at Troye, | Once the siege and assault of Troy had ceased,

Other than making me itch with the need to “correct” the spelling, you can see how the text flows more in line with our English. We can understand what the Gawain Poet is saying because of how they constructed the sentences.

The most important thing to know is that you can read most of the text without the use for the translation, mostly, if you’re a total weirdo like me.

Thing #2: Middle English is like if German got with French and told Latin where to go.

In Simon Armitage’s translation of Sir Gawain and the Green Knight, James Simpson wrote an introduction on Middle English metre:

Alliteration [in Middle English poetry] consists of the repetition of an initial consonant sound or consonant cluster in consecutive or closely positioned words. … Only after the Norman Conquest, and the impact of French, did poets writing in English begin to use rhyme as a fundamental part of their metrical practice.

Basically, England was Germanic (Norse from the Vikings, Ingvaeonic from the Angles, Saxons and Jutes) with all the strange, combined letter-things (see the next section for details), until Duke William of Normandy came along and brought French grammar with him. Then sentences had proper order and teachers had something to torture students with in the 21st century.

The main thing to remember with Middle English is that, despite being some strange combination of too many languages in one, you can read what they’re saying. From the original Sir Gawain:

Where werre and wrake and wonder

And oft bothe blysse and blunder

Burton Raffel translates this as:

Where war and marvels

Has struck, and sometimes soft ease.

A lot of Middle and Early Modern English is pronounced without the Upper-Class Twit accent. Shakespeare and Chaucer penned a lot of dirty jokes. High school teachers forget you’re supposed to read these things aloud in a West Midlands accent.

Simon Armitage, in his own introduction to Sir Gawain, tells us:

The diction of the original tells us that its author was, broadly speaking, a northerner. Or we might say a Midlander. The linguistic epicentre is thought to be located somewhere between north Staffordshire and south Lancashire. … the majority of lines, in fact, … seem to make sense, though not quite.

Making sense, but not quite. Yes, that’s still an apt description of English as a whole.

With French being the equivalent of legalese, a few things seeped into the everyday English. French grammar and losing Germanic letters being one of them.

The point: You can recognise Middle English, but not quite. Line 1137 of the original Sir Gawain reads, “By that any daylight lemed upon erthe.”

It’s not quite English.

Thing #3: You would think Old English is actually German if you read it. It is.

Germanic languages are what the Scandinavian conquerors brought with them when they poked at Britain’s eastern shore. Back in the days when Athelred the Unready paid the Danes a protection racket that crippled the economy, there was no letter ‘Q’, and we had a few more letters ‘æ,’ ‘þ,’ and ‘ð.’

I visited the West Stow Anglo-Saxon village in 2020, because I’m a nerd and it’s technically an archaeological site alongside being an open-air museum. For the trip, I dressed like Indiana Jones with my leather hat, and took far too many pictures of every angle of each of the houses and halls. I also bought a dual-lingual copy of Beowulf, because I’m a nerd. Here’s the first eleven lines in Old English:

And here’s the literal translation, in contemporary English:

how the princes courage accomplished.

from many tribes mead-benches seized,

terrorised earls, since first he was

destitute found; he its relief knew,

grew under skies, in honours throve,

until to him each neighbour

tribute yield; that was a good king!

If you compare it to Sir Gawain, you’ll find the missing letters from Middle English. Also, good luck pronouncing anything unless you speak German. I have problems pronouncing the contemporary English translation aloud, though you fall into a rhythm as you speak.

For comparison to the original Norse of the Vikings, there’s a French band who sing mostly in Norse. They’re named Skáld, after the Norse storytellers. One of their songs, Rún (trans. Rune), is transliterated to:

Can you see the Germanic influence on the English language? And yes, I can pronounce this. This is Old Norse, one originator of Old English. It’s much less legible to the modern eye than Middle English, isn’t it?

Thing #4: Old English didn’t use ‘s’ for plurals, that was entirely the fault of the French.

One of my favourite things to mention when it comes to food is the different names the English language has for them. Is it pig or pork? Is it deer or venison? Cow or beef?

The differences also relate to the word endings. By the end of the 14th century, English only had singular and plural words and, with a few exceptions, altered the way we count things. The “-en” plural noun ending of Old English, such as in the words children, brethren and oxen, had mostly disappeared, with the Norman French seeping into the language. People began using the French “s” to signify more than one item.

Although, there are some odd inconsistencies. We have words like half and halves, grief and grieves, speech and speak, because not everything takes to change as well as shoe, shoen, and shoes.

Thing #5: Middle English says what the thing is. Old English is more descriptive about it.

Back when I studied AS English Language, we came across kennings. Kennings are hilarious, they’re a set of words used to describe something without saying what the thing actually is. Loki, the Nose trickster, not the Marvel rendition which doesn’t resemble the actual figure at all, had quite a lot of kennings. A few of them are Blood Brother to Odin, Flame-Hair, Sky-Walker, Father of Monsters, and the ever-popular Lie-Smith. I made up the kenning Trash-Talker, because that’s what flyting is, and Loki was a master at it.

Kennings are actually difficult to come up with when you’re used to the literature of today, that’s not how we describe things anymore. But back in the days of monsters and heroes, it was all you used to describe people, places and things.

Beowulf features the use of kennings. You’d be hard-pressed to find a line that doesn’t have one. Ancient-Literature.com translates some kennings found in the poem. Here are six of them: battle-sweat (blood), sleep of the sword (death), raven-harvest (a corpse/corpses), ring-giver (a king), earth-hall (burial mound), stout-hearted (brave).

Seyde this man, “and grope wel bihynde. | The fellow told him, “feel around behind,

A thyng that I have hyd in pryvetee.” | That I have hidden, kept in privity.”

In hope for to fynde there a yifte. | In hope that at the end he’d find a gift.

Aboute his tuwel grope there and heere, | Begin to grope around his orifice,

Amydde his hand he leet the frere a fart; | Right in the friar’s hand the fellow let a fart.

Ther nys no capul, drawynge in a cart, | No single horse that’s ever drawn a cart

That myghte have lete a fart of swich a soun. | Has ever let a fart with such a sound.

“The Summoner’s Tale” from The Canterbury Tales by Geoffrey Chaucer

Well, eventually it gets to the point.

And people think this is high-brow literature.

Middle English is where we see a shift in moving away from the Germanic influence of skaldic poetry (sitting around a campfire late at night to tell your stories) and heading towards a roaring fire indoors. Chaucer, and the poets and writers of Middle English, wrote things down as they thought of them. When Chaucer wrote The Canterbury Tales, it was so one person could tell everyone else. Beowulf, and other examples of Old English, on the other hand, was written well after it was first spoken aloud, because that was the tradition of the time and you had to get near enough straight to the point while speaking because you can’t go back and check your references.

Does this make sense? Do you understand how to insult someone like a Viking?

One thing I’d challenge you to do, if you like, is to try and write a poem about a fart as gracefully as Chaucer. It’s something to do when you’re bored.

What’s The Moral Of The Rambling Story?

Uh? There isn’t one?

But it’s a pet peeve of mine that people mistake two distinct languages just because they’re not the one spoken at the current time. Conflating Old English and Middle English is like asking an Italian if Leonardo da Vinci or Michelangelo spoke Latin.