I don’t like clichés; I’ve made this perfectly clear. Stock characters, on the other hand, are perfectly acceptable. If you use them right. 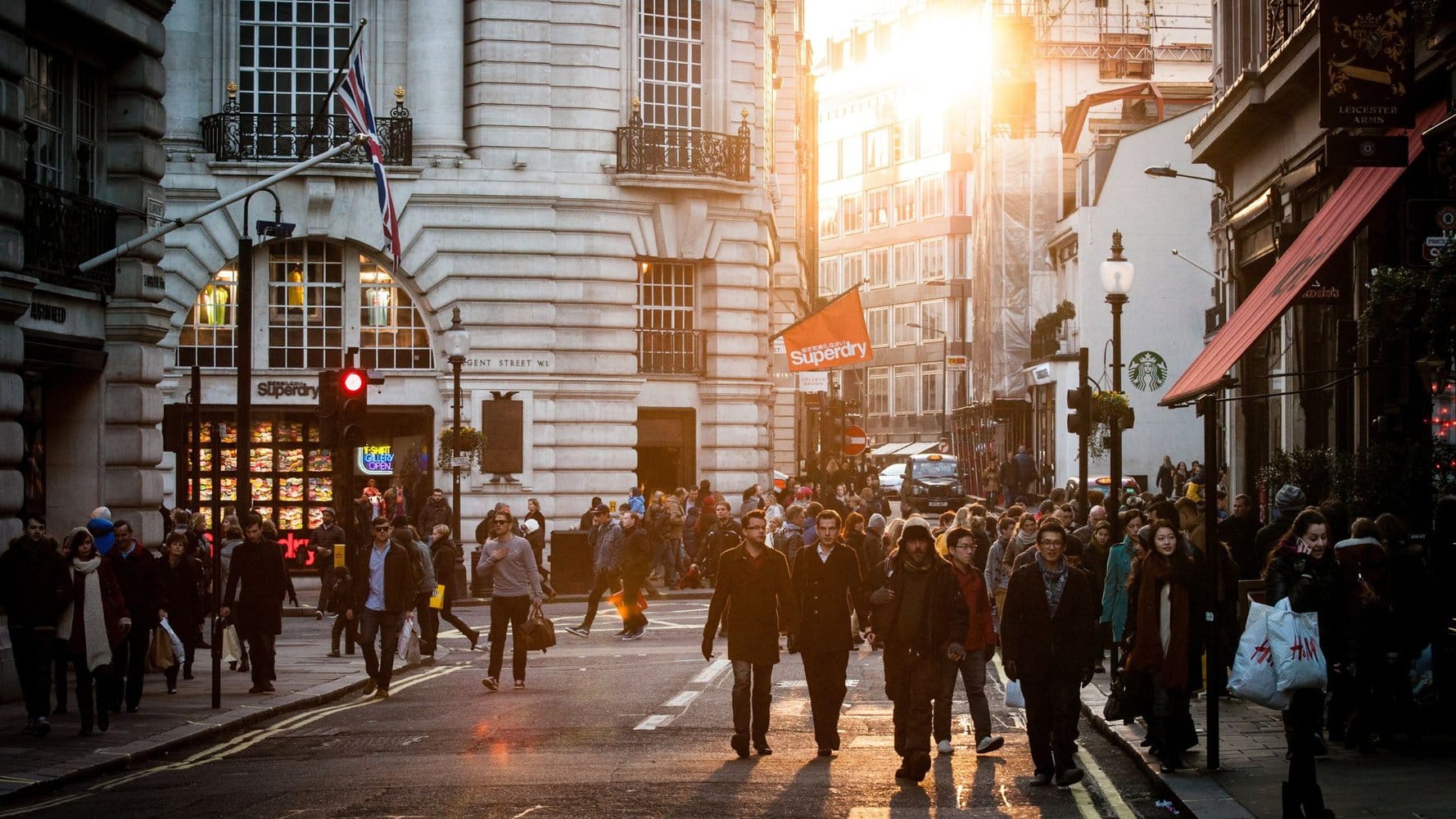 I don’t like clichés; I’ve made this perfectly clear frequently. Stock characters, on the other hand, are perfectly acceptable. If you use them right.

Let me clear up the distinction between stock characters and cliché characters before we get any further.

Clichés, as defined by the Cambridge English Dictionary, are “an expression, idea, or element of an artistic work which has become overused to the point of losing its original meaning or effect, even to the point of being trite or irritating.”

Stock characters, on the other hand, are “archetypal characters distinguished by their flatness.”

We like stocks, we can add to stocks to make them our own.

Clichés are characters like the naïve newcomer, the tall, dark and handsome man with a mysterious past, or even the Alpha Bitch. How do we turn these characters into something unique without making arses of ourselves by looking like we’re trying too hard?

I make a point every Christmas of telling my family their Christmas films are the same story, just dressed up in different wrapping. There are no original seasonal rom-coms in existence.

Okay, rant over. Let’s get down to business and look at some significant stock characters and why they’re tools for storytelling and not the end of the line.

I’ll start with the classic of all superhero parodies. The “Badass Normal”. This is where an unpowered character in super-powered settings keeps up with the big boys. It’s cinematic, it’s Hawkeye and Ironman among the Hulk, Captain America, and the Black Widow (dude, she’s, like, a super-soldier).

When I see this on screen, I want more character development than oh, I have no powers. Like Tony Stark has his genius, so he builds an ultra-modern suit of armour to fight crime, has a boatload of daddy issues, and develops alcoholism to deal with PTSD.

The main point of this article is to get you to develop your bloody characters. They don’t have to be perfect human beings (and no, Captain America is not perfect, no matter how many times the internet mentions his ass), because Captain America has issues listening to authority if he doesn’t like what he hears (see the plots of the Captain America films). And Superman has a fuck-tonne of pride and thinks himself above regular humans.

But they don’t have to be Wolverine, either. Wolverine appears on covers of X-Men-related comics, even when he’s not mentioned in the story because he’s so popular. Don’t create a regular human just to throw into your story. Every character must have a reason for being in your story.

If you have stock characters with no superpowers but still keeps up with the vampires, then by God, that had better be one hell of a training regimen. Even Buffy Summers trained to hone her superpowers, and Xander Harris, the only full human, did so right alongside her.

Show us your Badass Normal training to keep up with the supers. You know what happens in real life if you don’t train, so why are your characters slacking off?

TV Tropes describes this one as a “stereotypical tough, cynical, hard-drinking detective.”

Think Harry Dresden or Sam Spade, or Jessica Jones or Magnum, P.I. if you want to go down the P.I. route. Maybe they’ll also be an occult detective in a long coat (Dresden, John Constantine), maybe not, but they all drink, they’re all cynical, and they’re all tough detectives.

But they also have their own personalities. And most probably damaged livers (unless they have super-healing like Wolverine, their livers may fail).

These sorts of detectives usually appear in Detective Noir or crime thriller fiction, you know, like Poirot, but with more femme fatales and fewer bumbling solvers of crime.

I get genre conventions, I do, but if there’s nothing to differentiate your detective from another one, something has gone wrong. If I stick with Christie for a moment, Hercule Poirot is a famous detective. Jane Marple, on the other hand, is just a lovely, quite nosy, little old lady. Only, these detectives aren’t hardboiled, they’re more like cosy armchair murder mysteries.

Maybe your hardboiled detective is Jessica Jones. Maybe he’s John Constantine. Is there a reason for the drinking and cynical outlook? There should be.

I’m reading these questions and thinking of Dante from the Devil May Cry video games. Only he’s a demon hunter with a drinking problem and a cynical outlook. But he’s the son of a legendary demon who fought his brethren for humanity. Dante is constantly in debt to a fearsome lady and has a fondness for red leather coats, huge-ass swords, strawberry sundaes and pizza. And has survivor’s guilt because he believes his twin brother died when their father’s killer attacked their house.

The point with this one is the backstory. Maybe a little development, you are writing a detective story after all, but layer in the backstory. Your stock characters will thank you for it.

When you have a tiny character who packs a solid punch, it’s comedic. But often I find these characters have super strength. Maybe they’re supernatural children, maybe it’s a superpower on an otherwise small human, but they’re always around five feet or shorter (or one of the shortest actors on a cast of otherwise tall actors), and their punches are harder than they should be.

Now, I’m not the tallest human out there, and my punches are terrible, but I also don’t have any training in the art of breaking peoples’ noses. Does your character? Or do they just rely on their strength and are lucky to leave the fight breathing?

Like the Badass Normal character, is there a specific reason Jane the Short can punch someone hard enough to throw him across the room and dent a wall in the process? How does she hone and maintain that strength? Is it genetic or synthetic?

If I get bitten by a genetically modified spider, how do my new powers work?

When you build your world, it must make sense. If there is no probable reason for it to happen IRL, then why is it included in your story? A regular human won’t break down a wall in one hit, or with unprotected hands and wrists. A regular human needs to train to land a solid punch without breaking their own fingers. Even if I had superpowers, I’d still need to work at them, so I knew how to punch, where to punch, and what the limits of my superpowers are.

Make your pint-sized powerhouse as realistic as the depths of your world allow for. And give them a damn good reason for having that skill.

Am I A Wicked Witch Stock Character?

Is there a hooked nose? Is there a pointy hat? Does her cackle resemble a series of screeches? I could be wrong, but is she *gasp* a witch?

Okay, so I don’t have a hooked nose, nor do I own a pointy hat. But my laugh has resembled a series of screeches before. And I would get taken away by the Witchfinder General were I living in the 1640s.

Evil witches are now a stereotype as much as they are a stock character. I personally blame Hollywood and Disney for this travesty. L.J. Smith mentions in her book Enchantress (called Spellbinder if you don’t live in the UK or Australia) that this portrayal confused the witches, it appalled them. Where did this idea even come from? (The Witch Trails, it was the Witch Trails. Damn you James VI/I and your witch obsession.)

But this image has become so ingrained into our collective imaginations, that it is the first thought that comes to your head when I say wicked witch.

Why do we think this woman is an evil witch? (Is it because she looks different? Dude, that’s just rude.) How does the community she lives in treat her? (Poorly, because she lives next to the field where the crops didn’t grow.) Can we prove this belief, or is it one of those assumed truths we all think is accurate without testing our hypotheses? (Did you know witches weren’t burned at the state in either Salem (USA) or Manningtree (UK) but were instead hung by the neck until dead?)

Is this woman even a herbalist? Does the witch even identify as female?

Is the witch even evil? How do we even classify wicked and/or evil? Who defines these terms?

Experiment with it, add or subtract to it. Put your own spin on what it means to be a wicked witch.

Now, add some damn development to your stock characters.

Yes, this entire article has been me telling you to use character development and realism with your characters.

The suspension of disbelief will only stretch so far, so give me reasons these characters are used. And show me how it affects their everyday lives.

If you’re like me, you’ll use tropes and stocks as starting points for every aspect of your outlining process. Combine a bunch together and see what you get.

My personal favourite combination, even if I haven’t found a use for it yet, is Fainting Seer/False Innocent Trick. Basically, the characters faint when they have visions of the future, and they pretend to be innocent before they release their badass. I also like to combine Creepy Child with Undead Child and Psychotic in A Serene Manner. Yes, I have created creepy and psychotic undead children.

Have I given you nightmares yet?

But this is just the tip of the iceberg of character creation. The springboard to fantastic (and creepy) characters to delight (or horrify) your audience with. Now, go forth and create.